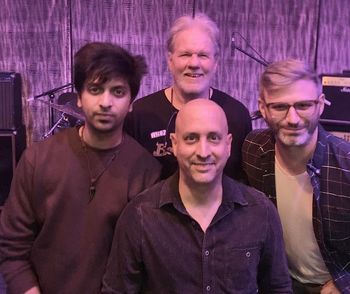 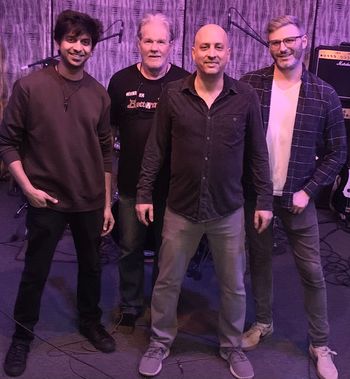 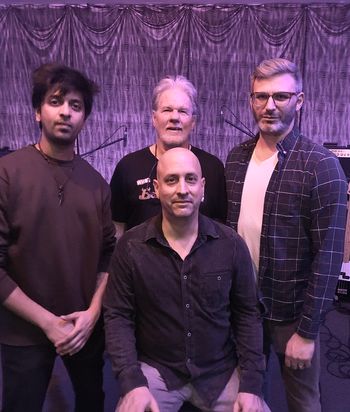 Jersey City based/NYC raised rock group DAMN GLAD celebrates 20 years together. With the release of 6th album “Up Comes Down” in 2021. 13 songs that started out as pre-pandemic jams and developed during lockdown 2020 into pre-production demos. DG hit the studio in the Fall 2020 and recorded it for real. Song titles like “Blink Of An Eye”, “Remember To Forget”, “Better Days”, “All Out Of Everything” reflect what we all went through in 2020. The songs pretty much wrote themselves.

DG are excited to hit the stage and continue rocking with the recent addition of new bassist, Amriel Kissner and Anand Gupta on 2nd guitar who brings a sound that has spawned a whole bunch of new songs already in the works in a new musical direction.

Stream all 6 albums at www.damnglad.com and tune into DG radio 24/7 at www.zeno.fm/damnglad

Purchase/download/stream all of their albums everywhere. DG has shared the stage with national acts while pounding the NYC/Jersey City/Brooklyn rock scene. Their music has been featured in indie films, reality shows and on various cable channels such as MTV & VH1 over the years.

DG has endured multiple line up changes over the years but what has remained a constant is the sound and chemistry of founding members singer/guitarist/songwriter, Matt Kurzban and drummer, Jeff Baker.

Check out the DAMN GLAD History No Mystery Storybook 2002-2022. The storybook is a 35 page, hardcover storybook/scrapbook featuring chronological history of every member from each incarnation along with backstory from every record loaded with photos and artwork.